It is with great sadness that we inform you of the passing of one of our members Don Crandlemire.
Don was a long time member, was active in NNECERAPPA throughout his career and remained in contact as an Emeritus attending events like the Facility Folks Lunches and the 2009 Portland ERAPPA Meeting.  I had the privilege of work with Don on the 1992 ERAPPA Portland Host Committee. While Don had a no nonsense approach to getting work accomplished he had a sense of humor that kept us all laughing and made the work truly enjoyable.

Shortly after his passing we received the following note from his daughter Patricia Whitney:

Today my family and the NNECERAPPA family lost a wonderful man. He was an active and colorful member of NNECERAPPA and continued that relationship as an Emeritus. Dad served as Physical Plant Director at University of Maine at Machias for 25 years. Machias was the place he called home, both as a child, then again as a father raising his family. He graduated from the University of Maine at Orono and went on the get his license as a Professional Engineer. He spoke often about how much he enjoyed being a part of NNECERAPPA and sharing laughs with his many friends. I am so proud and so fortunate to have shared not only the same career as my father, but also some of the same colleagues and friends in this association. 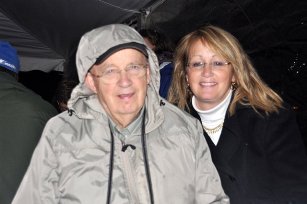 NNECERAPPA was fortunate to have members such as Don. As Rich Wolbach put it “I am very appreciative of Don being one of the “founding members” of NNECERAPPA. He and his counterparts had a vision that this organization would flourish in the future. Without his leadership and foresight — our organization would not exist, today.